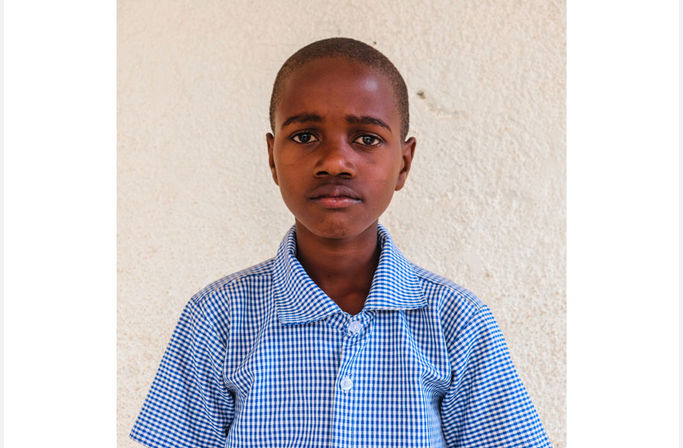 Amani is a lovely, polite young boy born in 2007. Amani lives with both parents, 3 brothers and 2 sisters in a small half-cemented house with limited electricity in Kigali in a village called Rwarutabura. His parents work part-time jobs in construction labor. His mother can’t work most of the time due to having health problems as she is HIV positive. However, the family is a stable environment for Amani.

Before enrolling at Hope Shines, Amani was chased out of school many times for not paying school fees and not having scholastic materials. Now that Hope Shines is taking care of these things, Amani is having a better time at school and his grades have improved. Amani’s father is also optimistic for the future. He is happy that Hope Shines supports his son and the family indirectly. With the money they get from work, they are able to provide healthy food for the family.

Amani is a very funny boy, who likes taking selfies at Hope Shines using the staff’s camera’s on their phones. He is also very social and likes to play with the other kids, especially in football (soccer). At school his favorite subject is English and he dreams of becoming a pilot when he grows up.

This project has reached its goal of $660!