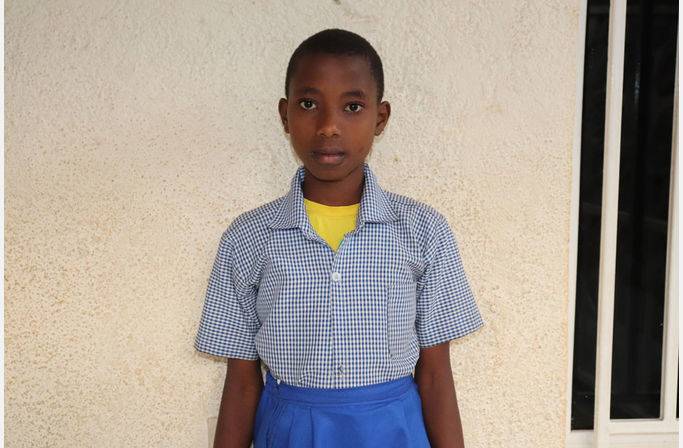 Eliane is a very humble girl, who was born in 2008. Eliane’s mother died when she was younger, so she is currently living with her father, stepmother, 3 brothers (one of them is also a student at Hope Shines, Raoul) and 2 sisters in a two bedroom mud house with limited electricity and no access to clean water. The house is located in a risky area because it stands on the hillside, which creates problems with walking and mudslides. Both parents are HIV positive, which makes it difficult for them to work consistently due to their health issues.

The family often eats only once a day. Eliane’s father gets some low-paying part-time jobs of plumbing and the stepmother gets food donated from her village. The family often has problems mainly due to the fact that both parents brought children in the union. The father sometimes menaces his wife because of her son from her previous relationship. The home life is very toxic because of this. Fortunately, the Hope Shines parents committee is following up the situation in order to resolve some of the problems.

Eliane is affected by all these issues. But still, she tries to be an excellent student at school where she is now continuing to advance grade levels. Her favorite subject is Mathematics and she wants to become a police woman. At Hope Shines she loves the traditional dance, which is even her favorite “sport”.

This project has reached its goal of $660!